by The Syntax Sin Tax 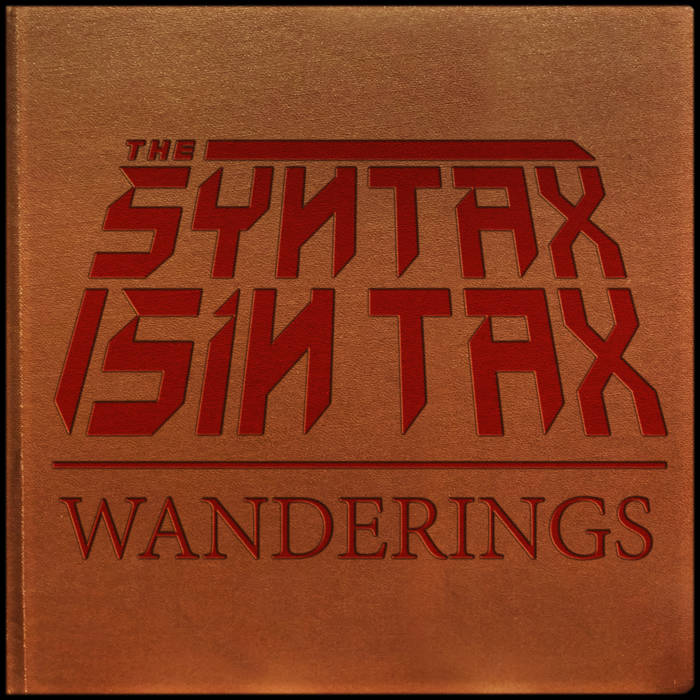 The Syntax Sin Tax's 2019 album, "Wanderings," tells the tale of the Wanderer, a lone adventurer who leaves the safety of the world they know to search for their destiny. However, what lies at the end of this long, dangerous road, and how will chasing their dreams change them along the way?

"Wanderings" sees The Syntax Sin Tax venturing into new territory, vastly expanding their artistic horizons and tonal palette. The biggest musical change is the use of vocals on every song, which is a first for a Syntax Sin Tax release. However, for those who still enjoy the Syntax's traditional instrumental chiptune metal approach, an instrumental version of the album is also available.

Included with each full-album download is a .pdf art book containing the song lyrics and a series of dynamic art-pieces for each song. The download also includes a world map of the album's journey, chronicling the story's overall path as each song unfolds. These resources can also be found at thesyntaxsintax.net

The Syntax Sin Tax is a chiptune/synth music project helmed by Steven Hendren of southern California, USA. Incorporating sounds from the Nintendo NES/Famicom, Game Boy, and Game Boy Color game systems, the primary focus of the Syntax's music is on creating intensely melodic and emotive retro-style chiptunes that mix a variety of musical influences into a dynamic and energetic auditory fusion. ... more

Bandcamp Daily  your guide to the world of Bandcamp